Tony is a recognised authority on the marketing of destinations and venues for conferences, meetings, conventions, and other business events. He also has substantial experience and expertise in conference and event planning and conference education and training. He has presented on these and related topics at conferences across the UK and in a number of other countries. The latter have included: 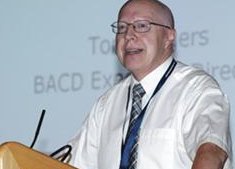 Recent presentations have included the 2013 Venuemasters' annual conference, 'International Confex' 2014, and an HBAA member meeting 2014. He presented at the Association for Events Management Education (AEME) annual conference in Sheffield (July 2014).

He has organised 1-day and 2-day training courses in venue/destination marketing in Tees Valley, Herefordshire, and North Wales, and contributed to such courses run in Inverness and the Highlands of Scotland. He has also been a speaker at AGMs and seminars convened by Shakespeare Country (2008), Kent Conference Bureau (2008), Bournemouth International Conference Bureau (2007), Bath Hotel and Conference Association (2006 and 2008), Conference Lancashire (2003), Venuemasters (2013).

He regularly presents at a number of UK universities, including: