Tony Rogers is a consultant specialising in conferences, business tourism / business visits and events, and destination marketing and management. Until August 2009 he worked as Project Director for Eventia (now EVCOM), the events industry trade association, and prior to this he spent 19½ years as Chief Executive of the British Association of Conference Destinations (BACD). He oversaw the successful integration of BACD into Eventia which took effect from 1st January 2009. 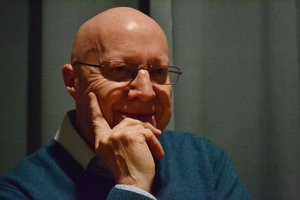 Tony is an Honorary Member of the Association of British Professional Conference Organisers (ABPCO), an association he managed for eight years (2000-2008); a Visiting Fellow at Leeds Beckett University’s UK Centre for Events Management and a member of the Research Group of the Business Visits & Events Partnership; and author of several books on the international conference industry including ‘Marketing Destinations and Venues for Conferences, Conventions and Business Events’ (written jointly with Rob Davidson of the University of Greenwich) and ‘Conferences and Conventions: A Global Industry’.

Tony is a regular speaker at conferences and events in the UK, and at a number of UK universities. He has also presented at conferences in Belgium, Germany, Greece, Malaysia, Malta, Monaco, The Netherlands, South Africa, Spain and South Korea.

In 1999 Tony won Meeting & Incentive Travel’s ‘Personality of the Year’ award and, in 2007, he achieved 9th position in Conference & Incentive Travel’s ‘Power 50’ listing of the top 50 people who contributed significantly to the development of the industry in the previous 12 months. In 2011 he was honoured to be included in the MIA List, established to recognise 25 individuals who have ‘made an outstanding contribution to this very special industry’.

Over the years, Tony has organised many conferences, training courses, Board meetings, and exhibitions for BACD and ABPCO. In 2011 and 2012 he organised ‘The Future Is You’ conference for final year events management undergraduate and postgraduate students as part of the ‘International Confex’ exhibition in London.

Before joining BACD in 1989, Tony held positions as: a careers adviser; a business economist in a local authority economic development department; an area secretary with a world development charity.